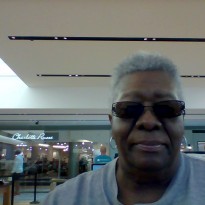 She Deserves a Rich Thug 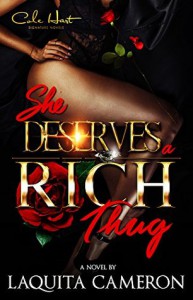 "She Deserves a Rich Thug" by LaQuita Cameron

For me that wasn't a read that I could fully understand where this author was going with her script. I was not sure of who I felt sorry for more with some of these characters [Akacia & Heavenly] seemed to be over the top in quite a weird sort of way. It was hard to see what some of these women would do for love being so 'sneaky, conniving, scandalous and simply ratchet! I didn't care for how they that those men treat them. And then I don't want to leave out that Cherry Red...only leaving me to say wow being that she was definitely one who didn't allow herself to be played with her being such a schemer and liar. Will she finally get what she deserves? Now for the men characters...Money K, Niko, Jamie, Travis, Trigger and Dean well all I can say is well I will stop here and just say you will have to pick up this read to find out for yourself how things go with each of them. This was indeed like several stories in one...Heavenly's, Cherry Red, and Akacia's. Hopefully in the next series we will find out more of the story because there is a lots more to be said about this story. Definitely money plays into the story and gives you that feeling that money can be the root of all evil. In the end who will be rescued out of all of this craziness? Well, again we will get more in the next series that I am sure will answer many questions like...who will finally get smarter and let some things go before its too late. So, if you like a story full of drama, betrayal and lies then you have come to the right place for "She Deserves A Rich Thug" will give it to you and more.